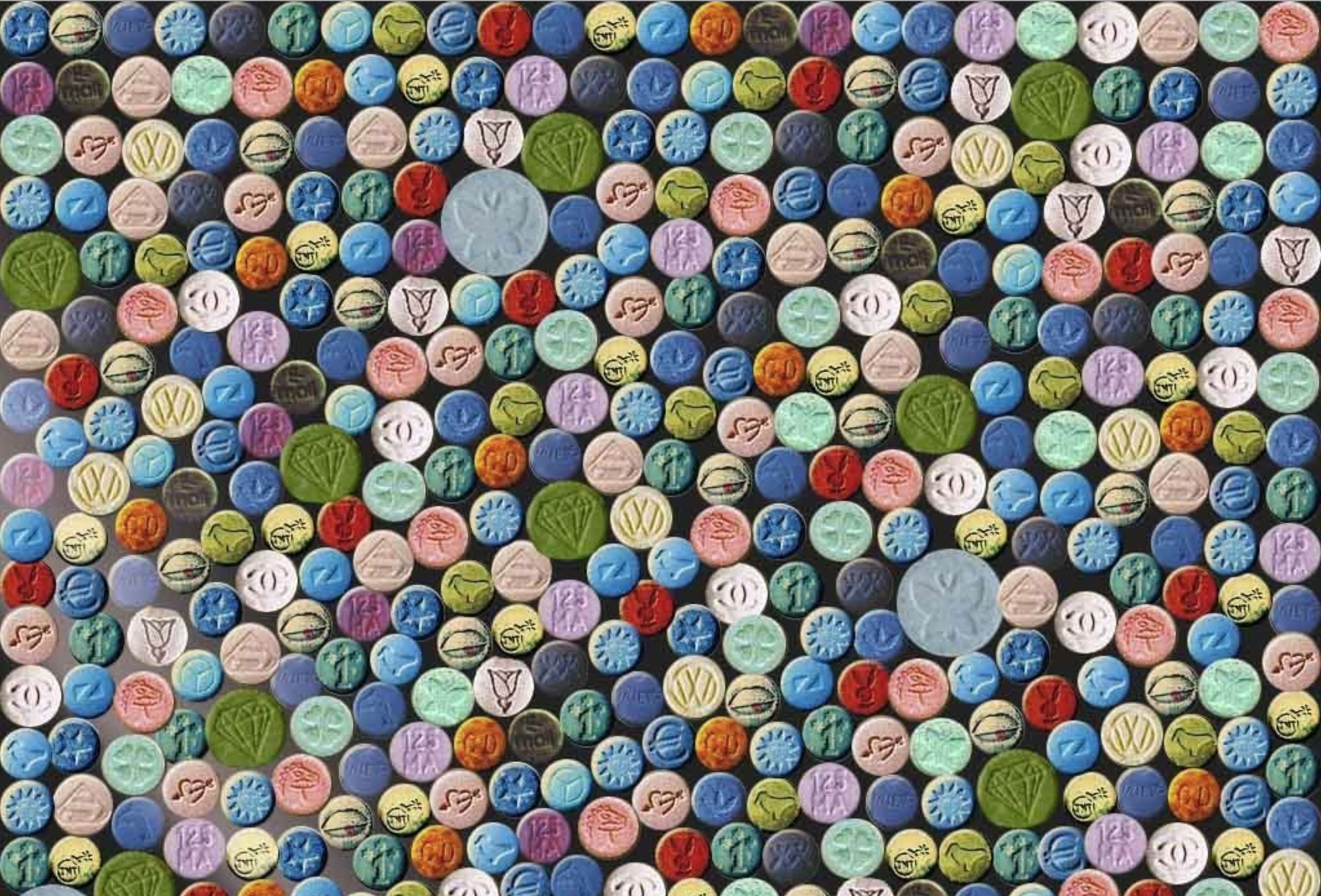 From Chapter 4 excerpt of the in progress novel The Kali Algorithm an adventure romance.

The excerpt below is from roughly the halfway point in the story arc.

If I haven't mentioned it previously, the genre of the novel is a bit tough to categorize. It's part romance and part adventure, with a dose of mathematics, comparative religion, art history, and the paranormal tossed in.

Brief background to help this excerpt make sense:
SANA, the heroine of the story, has arrived in Delhi on holiday with her best friend LAZO. She has recently been fired from her job as a data scientist with a large petroleum conglomerate for accidentally running afoul of the company's NDA while presenting a paper at a mathematics conference in London. While in London she met and fell for a handsome but mysterious man, JOHN SETON. Other than the brief time they spent in London, about eight hours, she has only since met up with John twice, and both occasions were in airport hotels as their paths crossed. John travels a lot for a job which he describes as "dealing in antiquities." However, the trip to India was John's idea, and Sana is planning to meet him in a few days.

Caveat: This excerpt has not been proofed. You'll most likely find assorted typos and mistakes.

This scene takes place in a nightclub in New Delhi at the end of the first day after arriving. Sana didn't want to go but Lazo has talked her into it.

As I scooted into the both beside Lazo, a waiter arrived all in black—kurta-pyjama—with a tray of cocktails and bottled waters.

“It’s a bloody Mary but with Old Monk rum instead of vodka,” said Lazo, as if he’s been coming to this place for years instead of the first time ever. “I got one too on Jaya’s recommendation.” Lazo had already fallen under Jaya’s spell. I’d seen it before. Lazo fell in—and out—of flings and things with a gods of Olympus abandon.

“Very good for jetlag,” said Jaya who was drinking something blue in a champagne glass. “A Shiva,” he said noticing my gaze, “blue curacao, white rum, lychee, and lemon juice.” It both looked and sounded more appealing than the bloody Indian.

“Good for the lingam,” added Lazo with raunch in his voice. I admired his energy. Lazo didn’t seem to be suffering any ill effects of jet lag at all. Of course I might have felt the same if I had John beside me now as he had Jaya. Certainly, I’d been perky enough in Doha. I was still sore and I got a jolt in the memory of John taking me—taking me forcefully—from behind, against the wall, yanking me up and into…

“To lingams!” I said holding out my glass in toast with my breathy, sex-memory second wind. I’d already—like somewhere over the Persian Gulf—gotten over being miffed at John for how things went sideways when we were parting.

“Hear hear,” said Lazo, as the three of us clinked and took a swallow. My drink was good, though I would have preferred champagne. The bloody Indian felt out of place in the evening. Then again everything had been shifted by ten (technically ten and a half) hours—night was day and day was night.

“And to friends,” said Jaya making a second toast. And to friends with lingams I almost said but figured it was more of a Lazo-style line. I was surprised he didn’t use it. Maybe that’s why he didn’t. Lazo always aimed for the exceptional over the ordinary, one of several charming qualities that had given him BFF status with me.

“How do you like your bloody Indians?” asked Jaya.

“Stiff,” Lazo deadpanned. I did see that one coming, but it was still funny, especially Jaya’s reaction. He blushed realizing he walked right into that one.

The drink was already hitting me, and I told myself to take it easy and slow it down. It was still relatively early and the music reflected it—a chillwave-downtempo-eastern-groove—it was quite nice.

“Oh, there’s Zakir and Fanish!” said Jaya referring to the two who completed the merry band Lazo had befriended in Doha. “Finally,” Jaya added as he left the booth to greet them. I sized up to booth to see if there would be room for all of us. There would be—it could hold 6 easy—more with a squeeze—but I wanted to make sure I stayed on the end, so I could make a getaway sooner rather than later, maybe after one champagne to get the taste of the spicy tomato and rum off my palette. I’d ditch the bloody Indian—which I wasn’t going to finish—at the bar out of Jaya’s sight. I didn’t want to seem ungrateful. I considered going to the Shiva next for the color alone, but I wasn’t much for rum.

“Look!” said Lazo leaning into me conspiratorially. He held out two pistachio colored pills stamped with what I momentarily mistook as the ‘hook-em horns’ symbol (can’t take the Texas out of the girl) before self-correcting. It was the mudra for love (the two are similar).

“It’s Molly!” Lazo said with kid in a candy shop excitement. He’d always had a penchant for E. He called it his ‘Achille’s Zeal.’

“Sure, we do,” he countered. “It’s from Yelli.” Lazo gestured to another couch where a heavily made up woman in a flowing lemon sari sat sideways with legs tucked up alongside her on the booth bench. She was intently focused on giving a back rub to a very skinny Indian hipster sitting with his back to her in the booth’s end spot. Typical Lazo—I make a quick stop at the restroom and in the meantime he’s already scored Molly—from a stranger.

“Friend of Jaya,” said Lazo, as if that settled it, like his bond with Jaya was measured in years rather than the hours since meeting him in the lounge at DOH. Though her Molly slinging bona fides aside, Yelli did seem to give a good back rub judging from the glazed, droopy eyes of the recipient skinny hipster. Yelli’s shoulders were broad, her arms strong and sinewy.

“Something feels off,” I replied with a ‘that’s a no’ tone in my voice, as I continued to watch Yelli. She was pressing her thumbs firmly into the hipster’s neck. I watched as his lips parted to let out a mew. “And I don’t mean ‘off’ in the sense that Yelli is trans,” I added. In the half-light and half-awake jet lagged state, I’d been a few beats slow in the realization.

“Right, it’s the phonemes and not the pheromones that are off,” said Lazo.

“The phonemes?” I had no idea where Lazo was going with this, but I liked his alliterative juxtaposition of the two disconnected words and was curious to see where he was headed. I gave him an ‘ok, I’ll bite’ look.

“It’s an almost rhyme,” said Lazo. “Yelli and Molly—so close but no.” Lazo closed his eyes and shook his slowly to punctuate his act. “And as linguistic beings, we are predisposed to feeling tension in these almost rhymes.” I was beginning to wonder if Lazo had already dosed. The verve with which he gave his tongue-in-cheek lecture suggested his tide was rising while mine continued to ebb. “I mean, seriously,” he continued, very much enjoying himself. “If Yelli was Yolli and it was ‘Yolli’s Molly’?” Lazo cocked his head to the side. “Uh-huh? Amirite or amarite?”

“Maybe that's karma’s way of signaling it’s not a good idea.” I swallowed back a yawn, feeling badly that I didn’t have the energy to be more playful with Lazo’s almost rhyme theory which did have some merit it seemed.

Lazo rolled his eyes. “C’mon, my little Sanstress. Remember what the guide Luv said today? ‘Delhi is the historical garden of earthly delights.’” He was trying is best to wear me down. “When in the garden…”

I took one of the pills Lazo offered and put it up to my nose, as if I could somehow discern its purity by scent. It was odorless.

“Pharmaceutical quality there,” Jaya chimed in with his return to the table, his eyes glassy over Lazo’s shoulder. I was dubious of the claim. The E scene was notorious for impure and possibly dangerous knockoffs. On the other hand, MDMA was going through formal clinical trials with the FDA and India was a center—perhaps the center—of pharmaceutical manufacturing, so… Plus Jaya looked like he was already rolling and any guy with the circumspection to carry a test kit was probably a more due diligence than I should expect. Still I was already so tired and feeling out of sorts and we had an early tour the next morning.

“Yeah… I don’t think so… “ I surreptitiously handed the pill back. “I’m too lagged.” That and I felt like a third wheel to Lazo and Jaya.

“Lagged is what happens when you say ‘no’ to life,” Lazo said with a trace of disappointment, as he popped the Molly hit into his mouth, washing it with the last of his bloody Indian. I resisted the urge to look around nervously and mark us as suspicious. I had no idea of the latitude given to casual club drug use in Delhi. Though when I did steal a glance around the room—my eyes finally, fully adjusted to the dim light—I suspected there wasn’t cause for concern.

Yelli had finished her back rub and the skinny hipster was gone. Instead Yelli was laughing and flirting with Zakir and Fanish who had bookended her in the smaller both. It was obvious they were already well-acquainted.

I’d always had a good time on E—not that I was a regular or anything like Lazo—I preferred the introspective lyricism of weed to the happy-lovey, all-sensation-over-thought high of E—still my own experiences—maybe a dozen or so total—had all been enjoyable. I’d never suffered any of the sleep-related problems and—applying the principle of proof by contradiction—if a reported negative side effect of MDMA use was the disruption of one’s natural Circadian rhythms, then perhaps it followed that in a case—such as mine—where one’s Circadian rhythms were already severely jacked from traveling across ten time zones, perhaps a little E would be just the trick—like multiplying a negative to a negative equals a positive algebraically?

Yes, addiction counselors would call that ‘intellectualizing.’ Just the same, Lazo looked fine enough, as did Jaya. And as for feeling like a third wheel, well, the E would take care of that—all the wheels would be spinning happily. Besides I was already there. I could have stayed back at the hotel, but I’d chosen to come out.

I nudged Lazo with my elbow and leaned over to him. “You know, even if one leads a life of moderation, that suggests, then, that even the moderation should be moderated.”

“Your logic is impeccable, Dr. Willoughy,” said Lazo with a sly smile, placing the pistachio-colored pill back in my hand. “QED.” He raised a bottle of coconut water in a toast, and we touched drinks.

“QED,“ I said. Quod erat demonstrandum—thus it has been demonstrated—it wasn’t the first time we’d shared this little inside math joke referring to the abbreviated phrase put at the end of a mathematical proof.

Lazo handed me the pistachio pill, and I downed it.

The intellectualizing aside, my change of heart was on account of John—or more specifically—what had happened at the airport hotel in Doha—I really wasn’t over it. How dare he throw my past up at me like that. And if that’s what he really thought about me, then fuck it. What’s a little E going to do to change his mind? Besides he’s not my father. I can and will lead my own life, thank you very much.

This was, of course, the antithesis of the proper attitude one should have when preparing to roll on Molly. Breathe, Sana, breathe. Think happy thoughts....