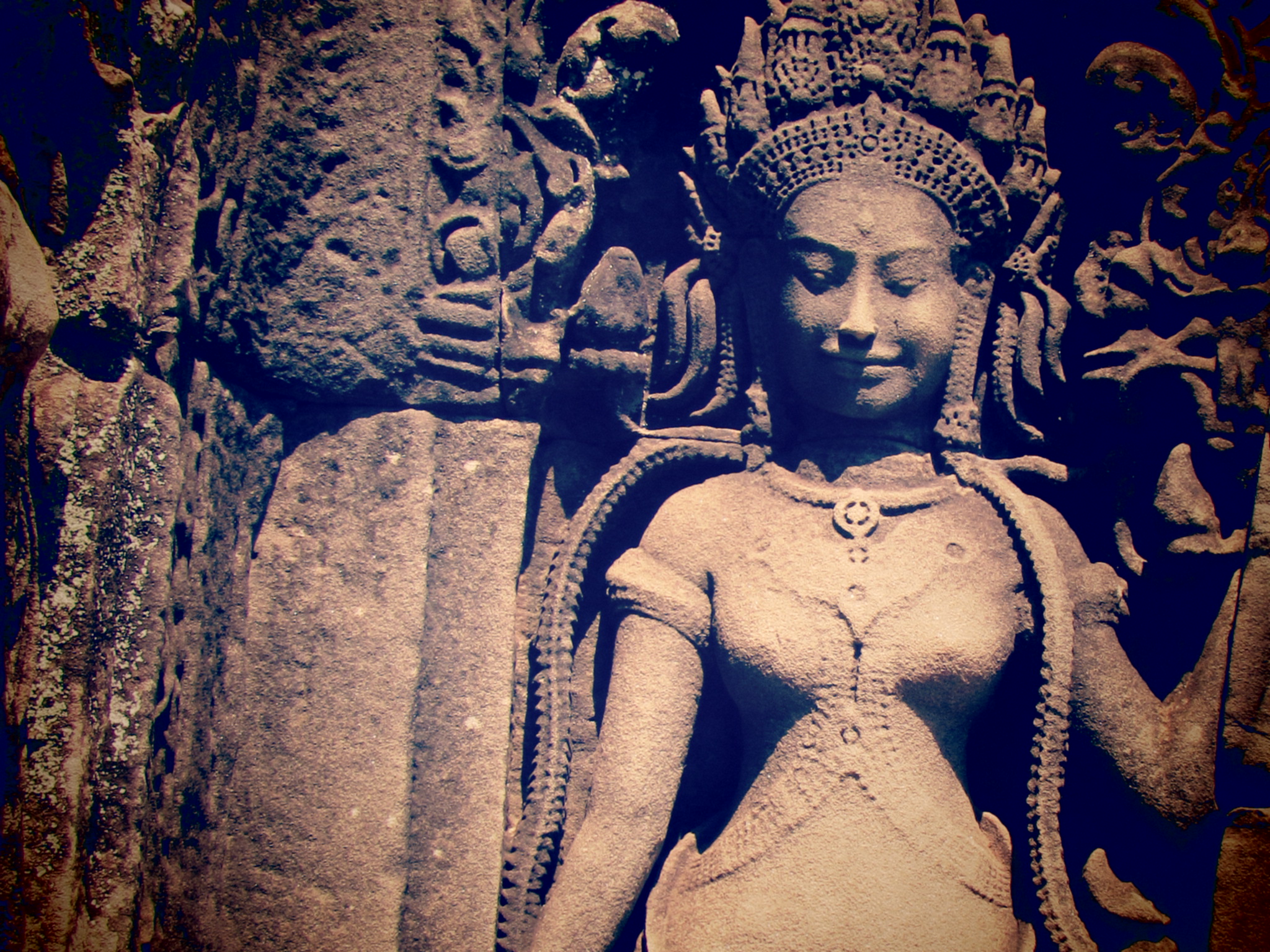 the bodhisattva
dancing eternally in Khmer stone
has the cutest tits

Notes 1 Photo taken with my Canon PowerShot SX530 HS in Siam Riep, Cambodia on July 17, 2016. I confess I'm not entirely sure which temple this frieze is from, but I think it's the Bayon temple. I've always been more about feeling than facts.

2 Since all the Angkor temples were originally built by Hindus, the term bodhisattva is not technically correct. But I like the way bodhisattva sounds, and I've always felt it has a certain sexy ring to it. Moreover, since the ultimate inhabitants of these temples were Buddhists, they most likely considered the dancing girl in the freeze to be a bodhisattva. Indeed, I vaguely recall my tour guide mentioning such, but I was undoubtedly too busy daydreaming about titties to remember with any certainty.