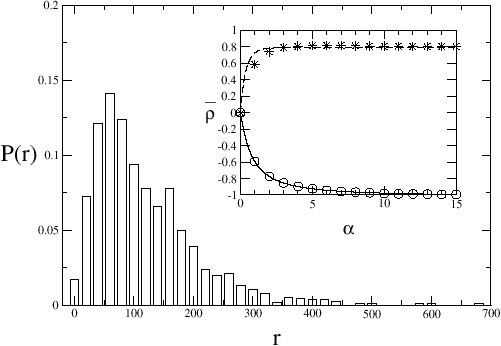 At the conference, both the morning sessions were fantastic. The lecture on neural cryptology alone justified my hurried exit from the coffeeshop. Still, I found it unusually difficult to focus. Taking notes helped but not much. I kept replaying the coffeeshop scene and savoring the abrupt turn of events. My handsome stranger finally had a name, John—John Seton (and what a lovely name it was), and I couldn’t imagine how our second encounter could have gone any better.

Nevertheless, I knew all the daydreaming was problematic. Each one had the potential—really, the certainty—of introducing errors. We think our memories are fixed, but they’re not. Each memory replay becomes a distortion, or what the philosopher-statistician Nassim Teleb calls the memory revision machine—we remember the last time we remember the event—and, without even realizing it, we subtly change the story at every subsequent remembrance.

Each replay just keeps getting subtly better and better (for me), because our memory machine is self-serving. We continuously renarrate past events in the way that we think makes the most logical sense and where logic can be (or most assuredly is) what best fits our preferred narrative, and the more we prefer it, the more we remember it.

Consequently, because my own preferred narrative was to imagine that John somehow tracked me down to the coffeehouse—rather than it being another purely random event—my thrice distorted replay with the “stormy blue eyes that betrayed his desire” was going to reverberate with me to the point that in the next replay the subtly slipped-in (and entirely self-imagined) “desire” is now taken as fact and becomes locked into my memory for all subsequent replays to further distort upon. As a result, by replay n+1 the stormy blue eyes are quite possibly now “undressing me” because that would be just the kind of self-serving distortion that reverberates (did it ever!)

Yes, the replays were problematic. That is not to say I didn’t run a few (dozen). It’s an innate reflex, and we all do it. The key was to be mindful of the memory revision machine and to counter it by making conjectures and running tests. For instance, if John did have an interest in me (conjecture), then he will find me later, here at the hotel (test). And people think mathematics doesn’t have real world applications?

“Doctor Willoughby?” It was one of the conference facilitators. I’d met him at check-in. “You’re on in twenty, may I escort you to the Bloomsbury room?”

Notes
The idea of the "memory revision machine" that Sana refers to in the passage above is my way of tipping my cap to the work N.N. Taleb which has had a big impact on my thinking. Sana's inner-thoughts are inspired by Taleb's Black Swan: The Impact to the Highly Improbable (https://buff.ly/2E8iSJT ). As a mathematician/data-scientist, Sana will be familiar with his work. Plus, as part of her overall character developement, I want to establish 1) her math/stats bona fides 2) her compulsion to see her life through the lens of math and data and 3) her tendency to totally "math geek out" at times.